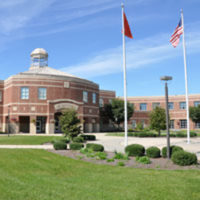 To date, more than 30 parents have been charged for paying up to $6.5 million in exchange for either their child’s admission into college, recruitment onto a college sports team – regardless of athletic ability, or help getting good scores on college admissions exams such as the SAT and ACT. Many are now concerned that wealthy advantage is threatening the meritocracy of college admissions.

The indictment includes charges of racketeering, wire fraud, and bribery – all means by which wealthy families used money to gain a competitive advantage for their children. Parents, athletic coaches, and exam administrators are all implicated in the nationwide scandal involving:

“Side Door” Admissions – Witnesses describe the process of side door admissions whereby wealthy parents pay to get their children admitted into elite schools, regardless of their grades, test scores, or abilities. It is an alternative to “back door” admissions (otherwise known as institutional advancement), which can cost millions of dollars and is not guaranteed.

Fake Test Scores – Several exam administrators have been charged with facilitating cheating on college entrance exams. Parents were allegedly instructed to request extra time for their children to take their exams due to purported learning disabilities. Then, they were allegedly told to request a change of location for the exam to one of two test centers where test administrators allowed a third party to either take the student’s exam, provide the student with the correct answers, or correct the student’s answers after they completed their exam.

False Athletic Profiles – Information obtained through wiretap reveals that parents created false athletic profiles for their children and paid for their children’s recruitment onto college athletic teams through disguised donations to charitable foundations. As many as 13 coaches have been charged for their involvement in the conspiracy.

Who Was Aware of the Deals?

Many students involved in the alleged bribes claim to have had no knowledge of their parent’s arrangements. The universities named in the documents have also denied any knowledge of the schemes and are currently cooperating with the Department of Justice in its investigation. Several employees and coaches have been terminated and many of the universities implicated are launching their own investigations into the matter.

The executive director for educational content and policy at the National Association for College Admission Counseling says that each institution must follow its own protocol for such high-profile scandals. Schools may wish to reach out to students who were unaware of the bribery to offer support or other necessary accommodations. The executive director also suggests that given the public nature of this incident, institutions may also wish to communicate their intended response to the entire student body to ensure campus-wide understanding.

For more information on how to protect your rights as a university, contact the Chester County education law attorneys at MacMain Leinhauser through our online contact form or call us at 484-318-7106. From our office in Malvern, Pennsylvania, our experienced lawyers counsel and represent educational institutions throughout New Jersey and Pennsylvania.